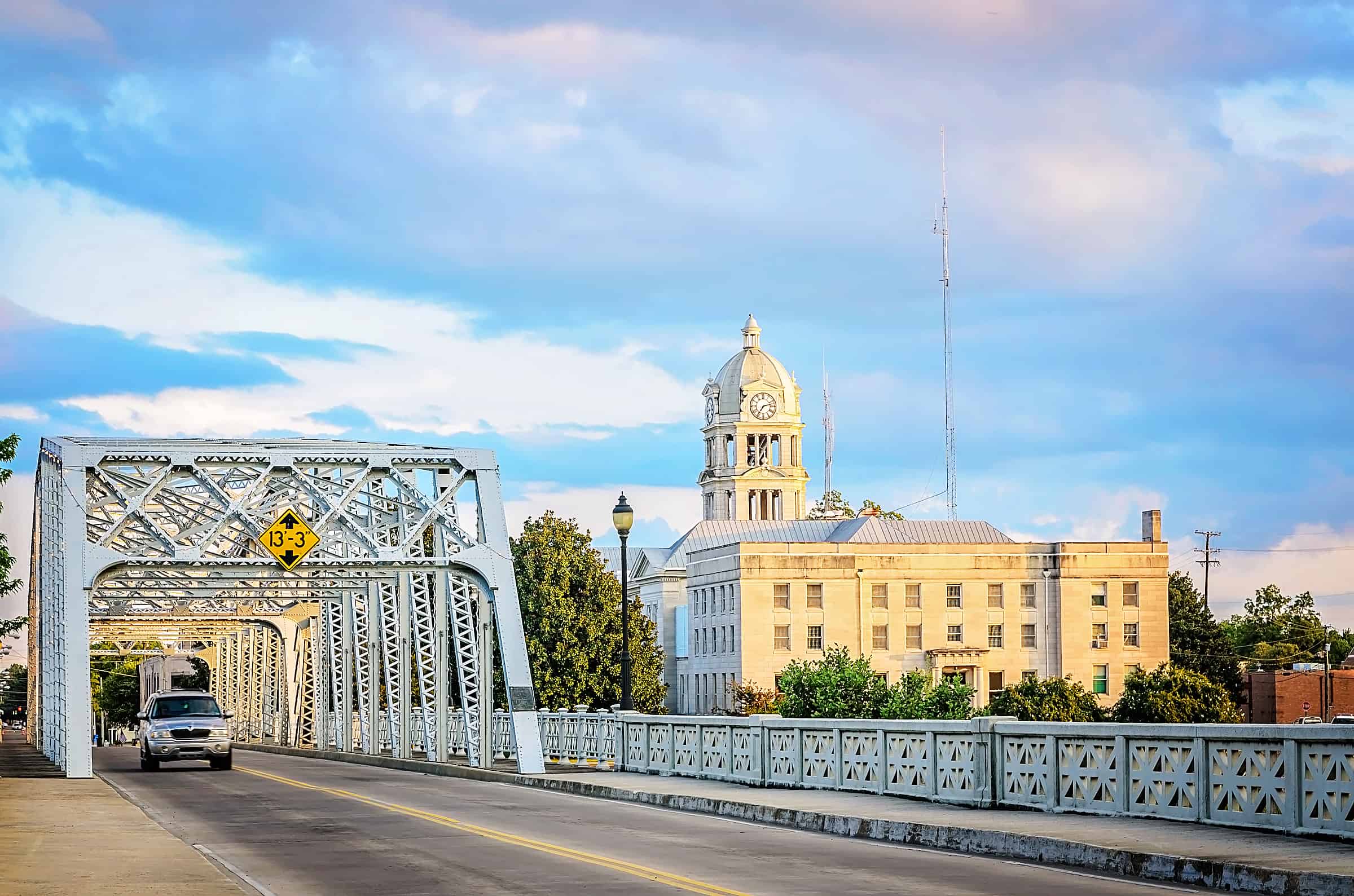 A car drives across Keesler Bridge, which spans the Yazoo River in Greenwood, Miss. In the background is the Leflore County Courthouse. (Photo by Carmen K. Sisson/TumbleweedSOUTH)

Standing at night in sock-feet on the porch at Tallahatchie Flats, the world seems pregnant with possibility and impossibly beautiful.

“That’s so Delta,” proclaims Greenwood, Mississippi’s official website, but for the uninitiated, that’s about as useful as a plow to a polar bear. To understand the Mississippi Delta, you need to experience it for yourself, and Greenwood — population 15,205 at the 2010 Census — is a fine place to start.

Greenwood: Cotton Capital of the World

Founded on the fickle fortunes of “white gold,” Greenwood, incorporated in 1844, benefitted greatly from the confluence of the Tallahatchie, Yalobusha and Yazoo rivers. The nutrient-rich, alluvial soil and temperate climate provided abundant cotton yields, and the proximity to the rivers made easy access for shipping. Before long, Greenwood laid claim to the title of Cotton Capital of the World.

But as prices plummeted, the local economy began to falter. Today, nearly 40 percent of residents live below the poverty line, with little more than asphalt separating the haves from the have nots.

The first place you will probably notice is Grand Boulevard, named one of the 10 most beautiful streets in the nation for its 1,000-plus oak trees. It’s not only a pleasure to drive, it’s also a biker’s dream, with integrated bicycle share lanes, an annual “Bikes, Blues & Bayous” ride, and an honorable mention as a bicycle-friendly community.

The stately homes also command attention, especially the one at 413 Grand Boulevard, which played a key role in the 2011 box office hit, “The Help,” as character Hilly Holbrook’s house. (For all the locations used in the film, download the driving tour detailed in this handy Google map.)

When you start seeing corn and are sure you are lost, look to your left. There, plunked between the cotton and soybeans, lies Tallahatchie Flats. 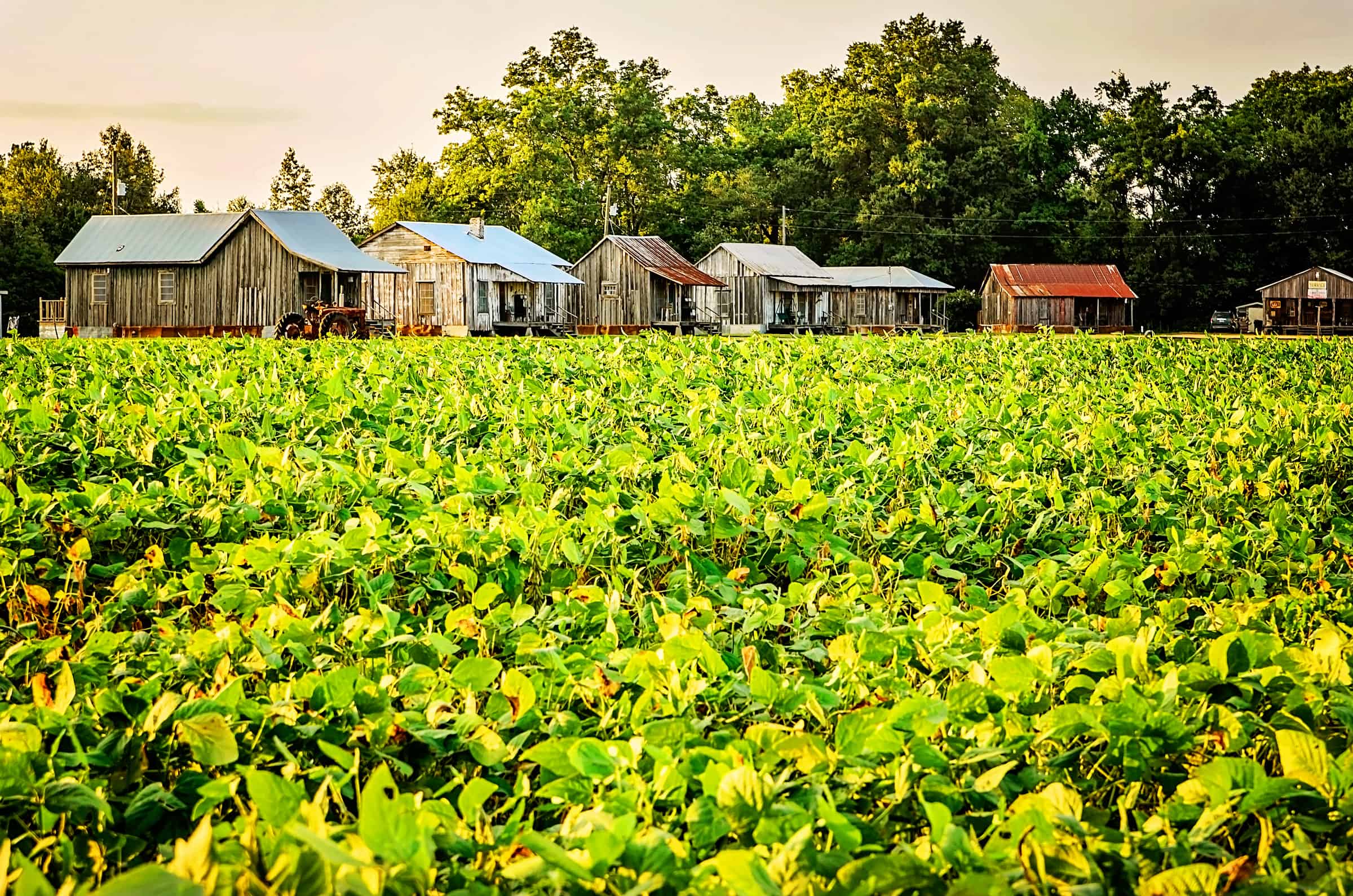 Tenant houses sit in behind a cotton field at Tallahatchie Flats in Greenwood, Mississippi. The houses have been preserved and furnished in a 1940s style, giving guests the opportunity to experience rural life as it was decades ago. (Photo by Carmen K. Sisson/TumbleweedSOUTH)

Six rustic cabins, or “tenant houses,” whisper a subtle invitation to kick off your shoes, take a seat on the porch and prop your feet on a milk crate until sunset. 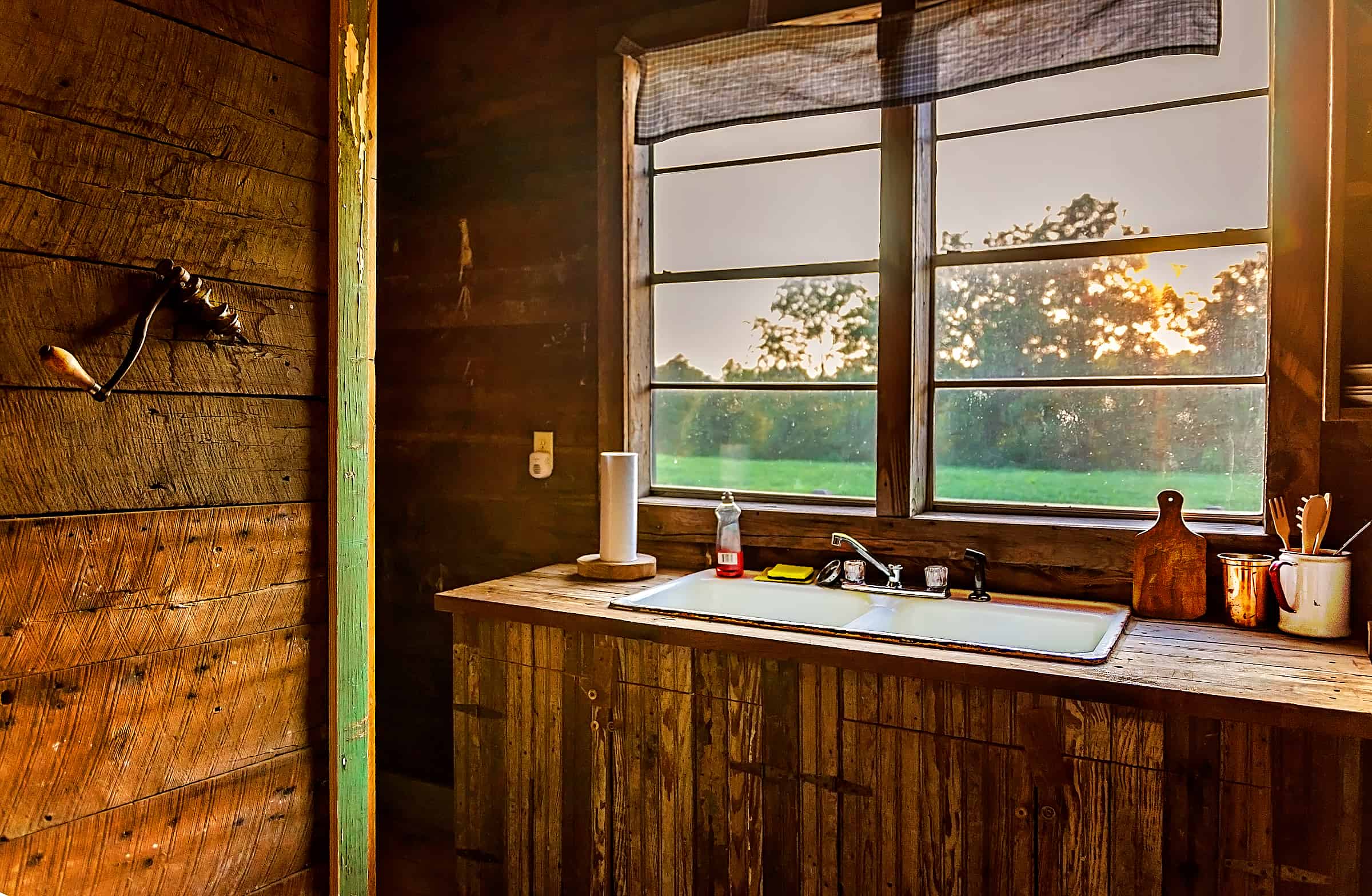 The kitchen in “Tush-Hog’s House” overlooks a soybean field and offers a perfect view of the setting sun. (Photo by Carmen K. Sisson/TumbleweedSOUTH)

The houses, rescued from local plantations, sleep two to six, and each comes with its own story and 1940s-style furniture. Some houses still bear remnants of newspaper — cheap insulation — on the walls. Butter churns and enamel pails serve as garbage cans. Televisions come equipped with rabbit ears, and Wi-Fi is sketchy at best. Take it as tacit permission to unplug. 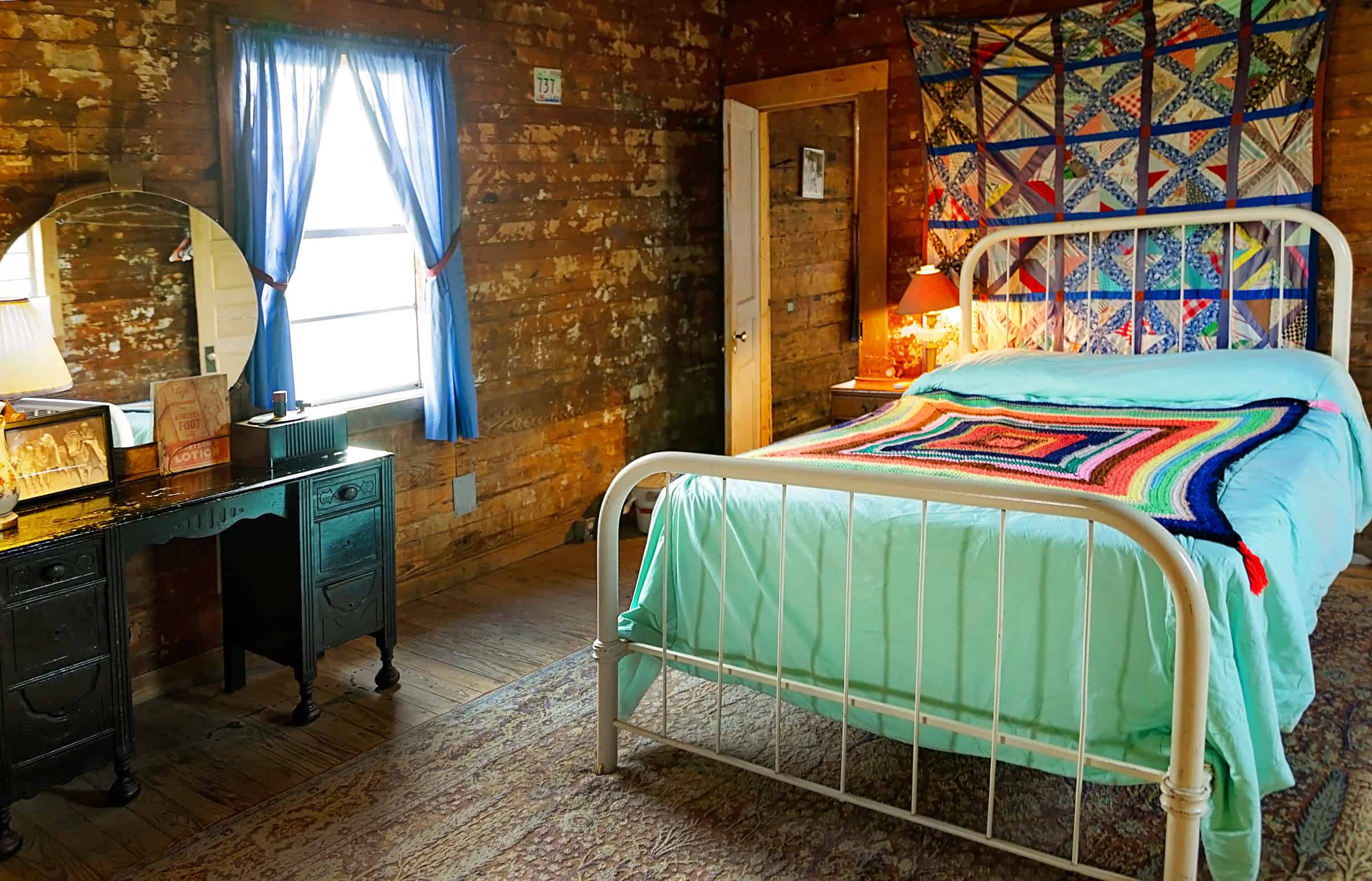 Some say this bedroom, in “Tush-Hog’s House,” may have been where blues musician Robert Johnson died. It’s a no-frills place, which is absolutely perfect. (Photo by Carmen K. Sisson/TumbleweedSOUTH)

Slip outside to enjoy the nightly bonfire (bring your own marshmallows and hot dogs). Wander down to the Tallahatchie River. Or just sit on the porch and wave to passing farmers. Out here, anything goes. 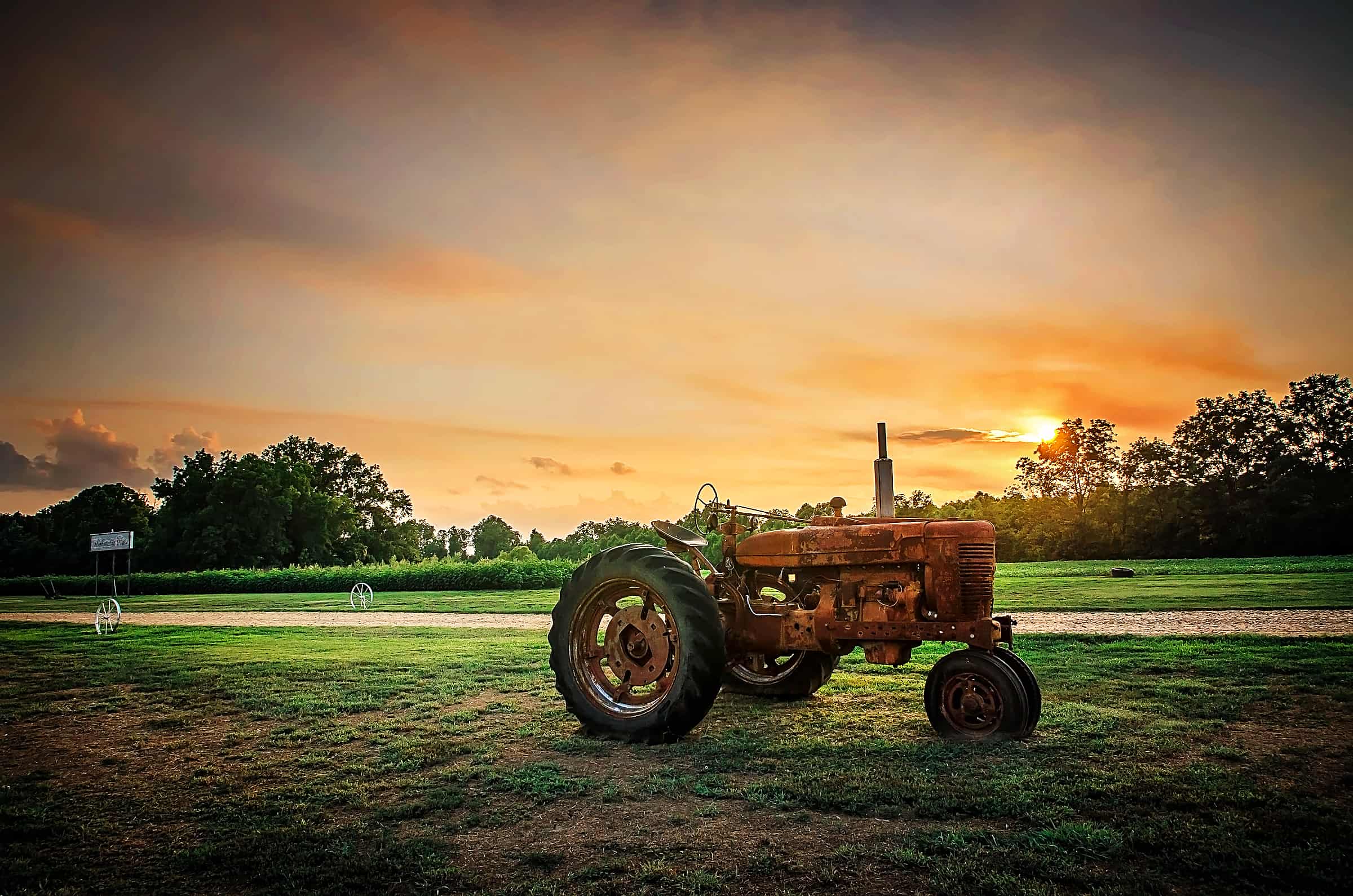 The sun sets at Tallahatchie Flats in Greenwood, Mississippi. The rural landscape offers guests an opportunity to escape to a simpler, quieter time. (Photo by Carmen K. Sisson/TumbleweedSOUTH) 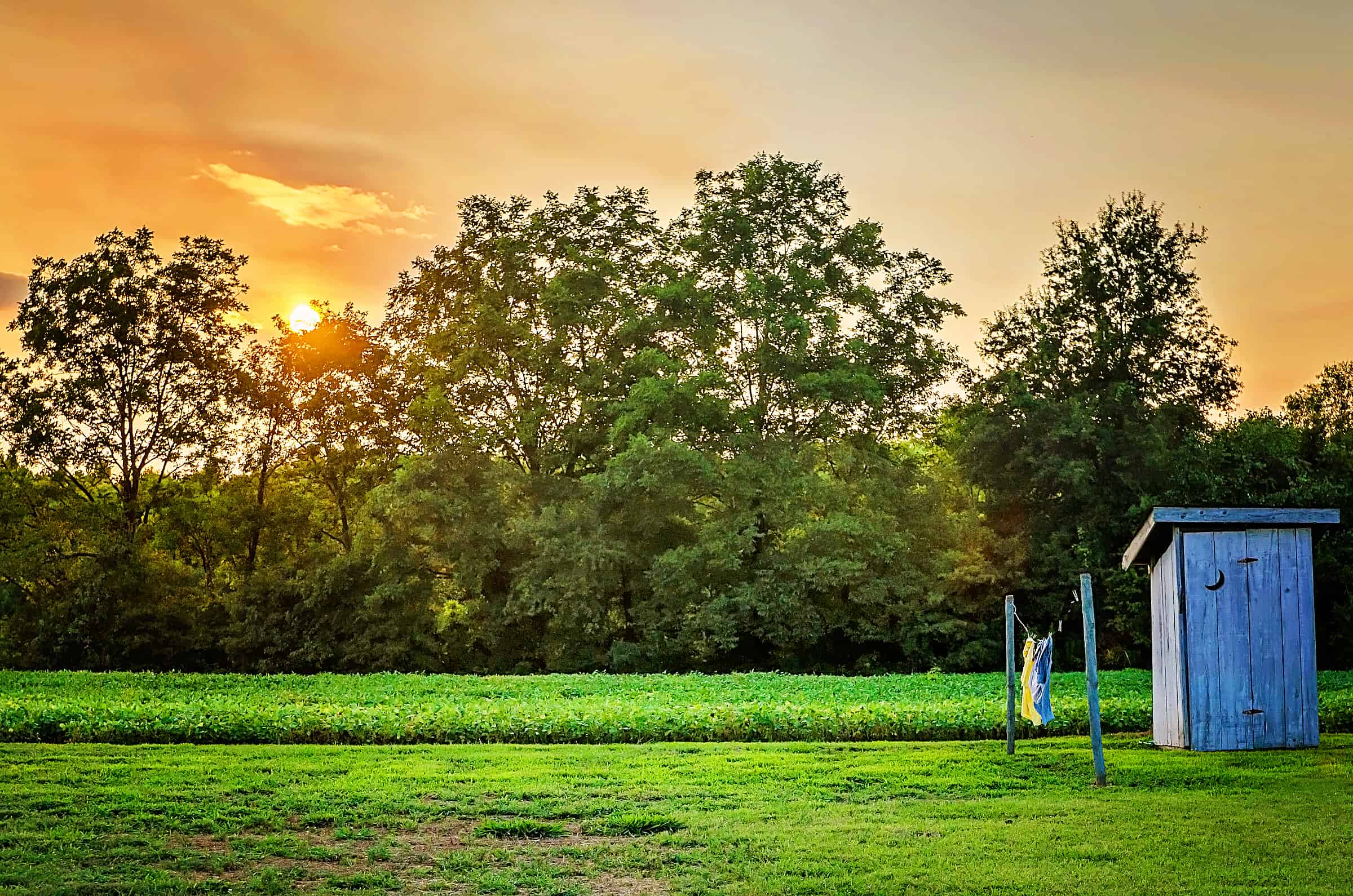 An outhouse and a clothesline are part of the nostalgic touches at Tallahatchie Flats in Greenwood, Mississippi. (Photo by Carmen K. Sisson/TumbleweedSOUTH) 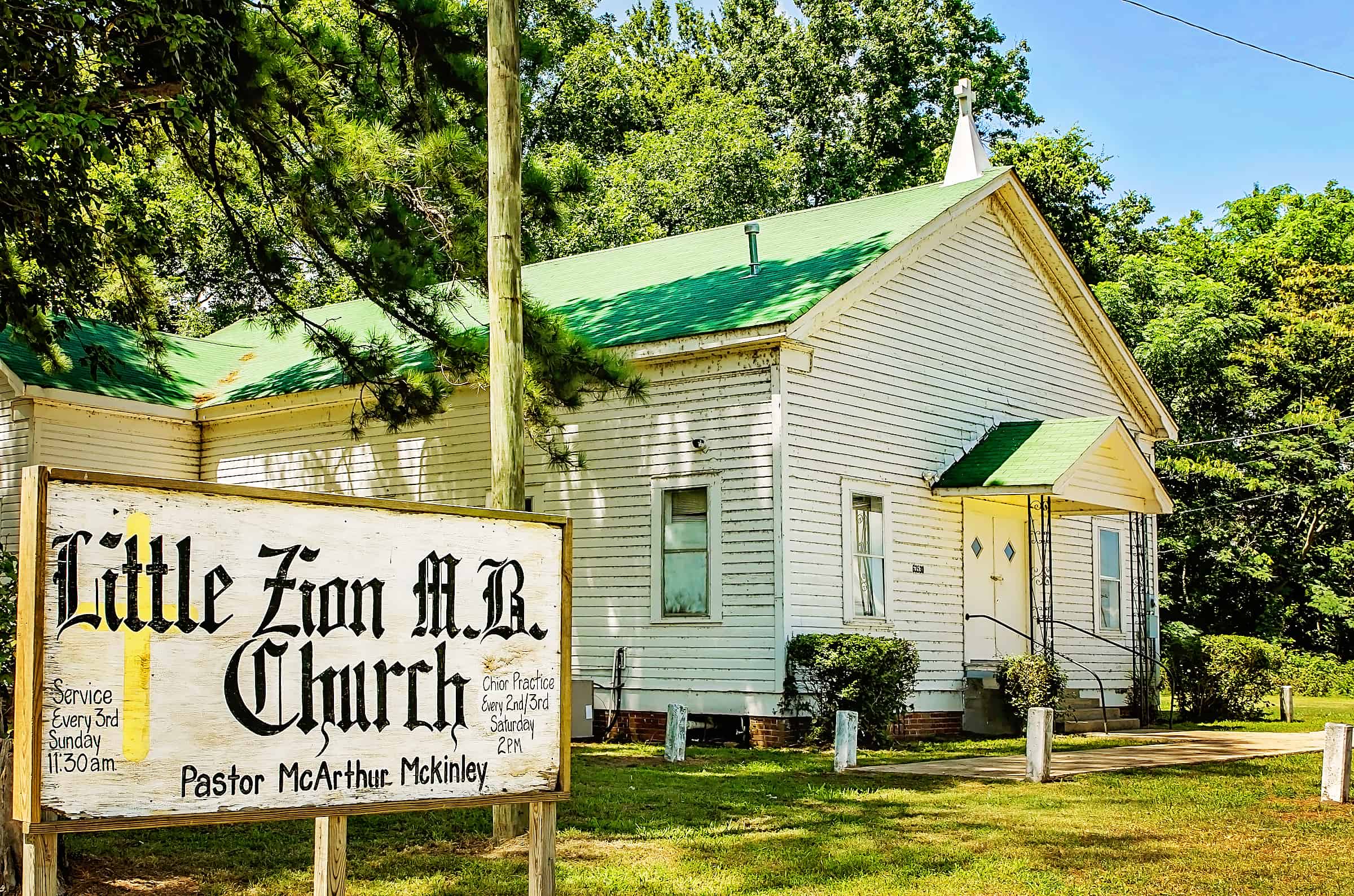 Begin your day at Robert Johnson’s grave — well, one of them anyway. Less than a mile past Tallahatchie Flats, you will find Little Zion Missionary Baptist Church, and in the adjacent cemetery, you’ll find one of the most curious legends and interesting headstones in the South. 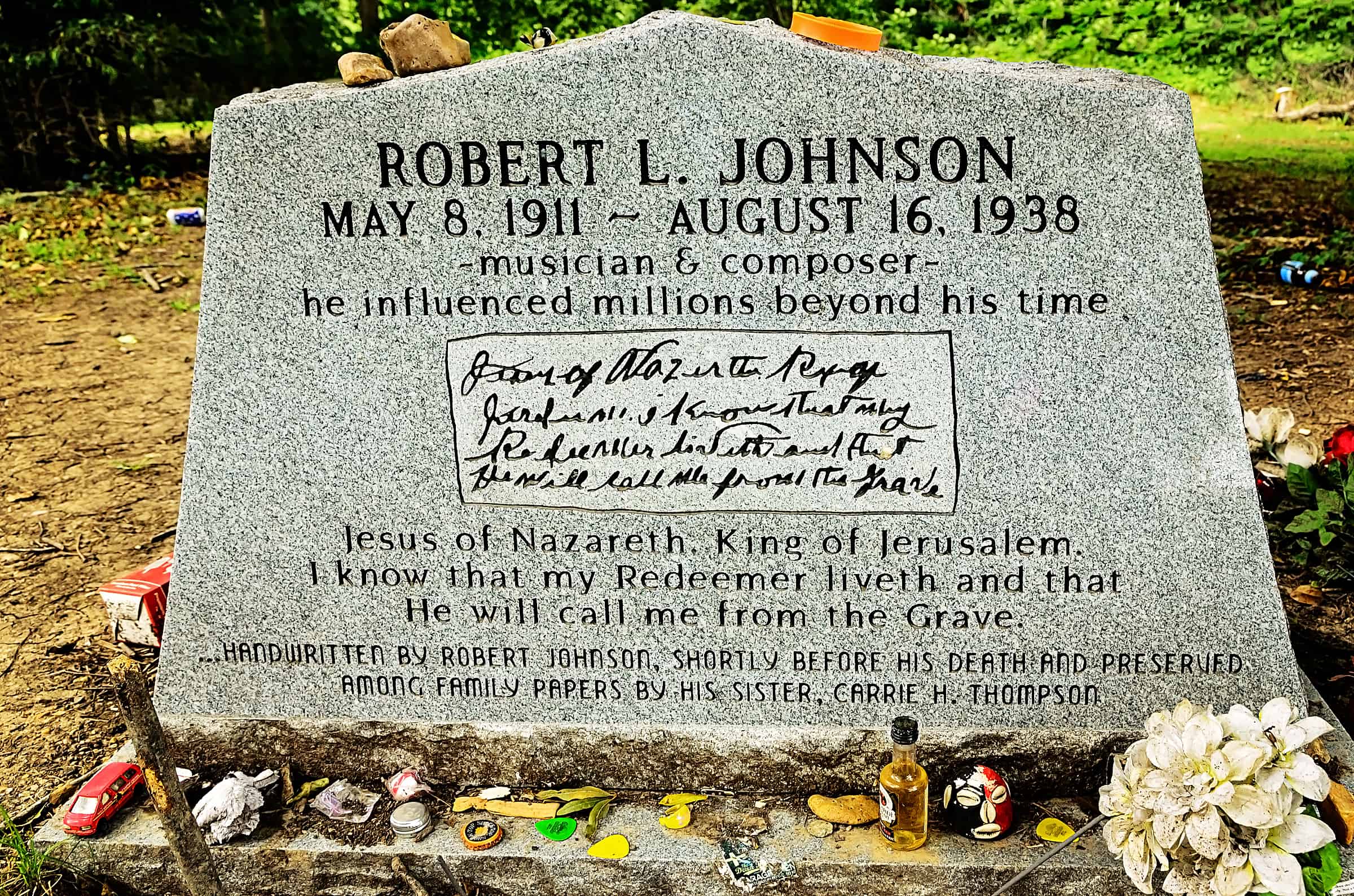 Tokens from fans of legendary blues musician Robert Johnson litter what is believed to be his gravesite at Little Zion Missionary Baptist Church in Greenwood, Mississippi. Some of the items include a Japanese “Hello Kitty” doll, a bracelet inscribed in French, guitar picks, and liquor bottles. (Photo by Carmen K. Sisson/TumbleweedSOUTH)

Johnson died in 1938, allegedly poisoned at a nearby juke joint, but where he’s buried — Greenwood, Morgan City or Quito — is a secret he took with him to the grave. Don’t forget to leave a guitar pick for good luck, and don’t be shy about taking pictures. Superstitious folks say you might capture Johnson’s ghost. 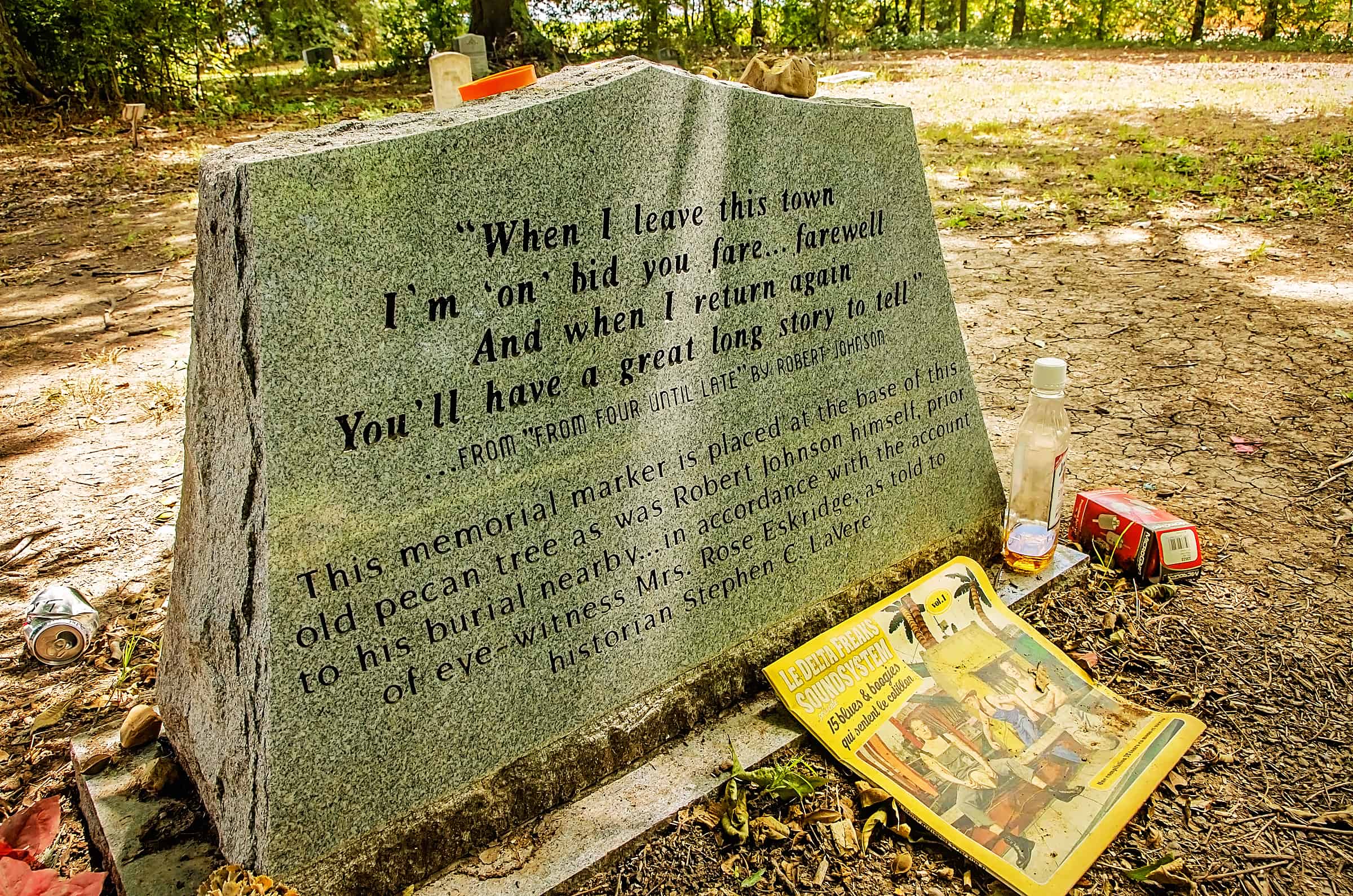 Tokens from fans of legendary blues musician Robert Johnson litter what is believed to be his gravesite at Little Zion Missionary Baptist Church in Greenwood, Mississippi. Many fans leave guitar picks and liquor bottles for good luck. (Photo by Carmen K. Sisson/TumbleweedSOUTH)

If you’re hungry, head to Veronica’s Custom Bakery. I didn’t eat there, but some say Veronica’s has the best eggs Benedict this side of the Mason-Dixon. You’ll work the calories off on Howard Street, where chic temptations await.

The centerpiece is the Alluvian Hotel, an unparalleled, albeit pricey, indulgence. You can have half the experience at a fraction of the cost at the spa, with a Delta river rock massage, Mississippi Mud Pie bath, sweet tea manicure or sea foam pedicure. Men are pampered here, too, with camouflage robes, hot towel facials and pine sea scrubs.

Across the street is the lust-worthy Viking Range retail store and their signature cooking school. Hands-on classes are offered for budding gourmands, but armchair cooks might prefer the one-hour “Lunch and Learn.” They cook and teach; you look and eat. 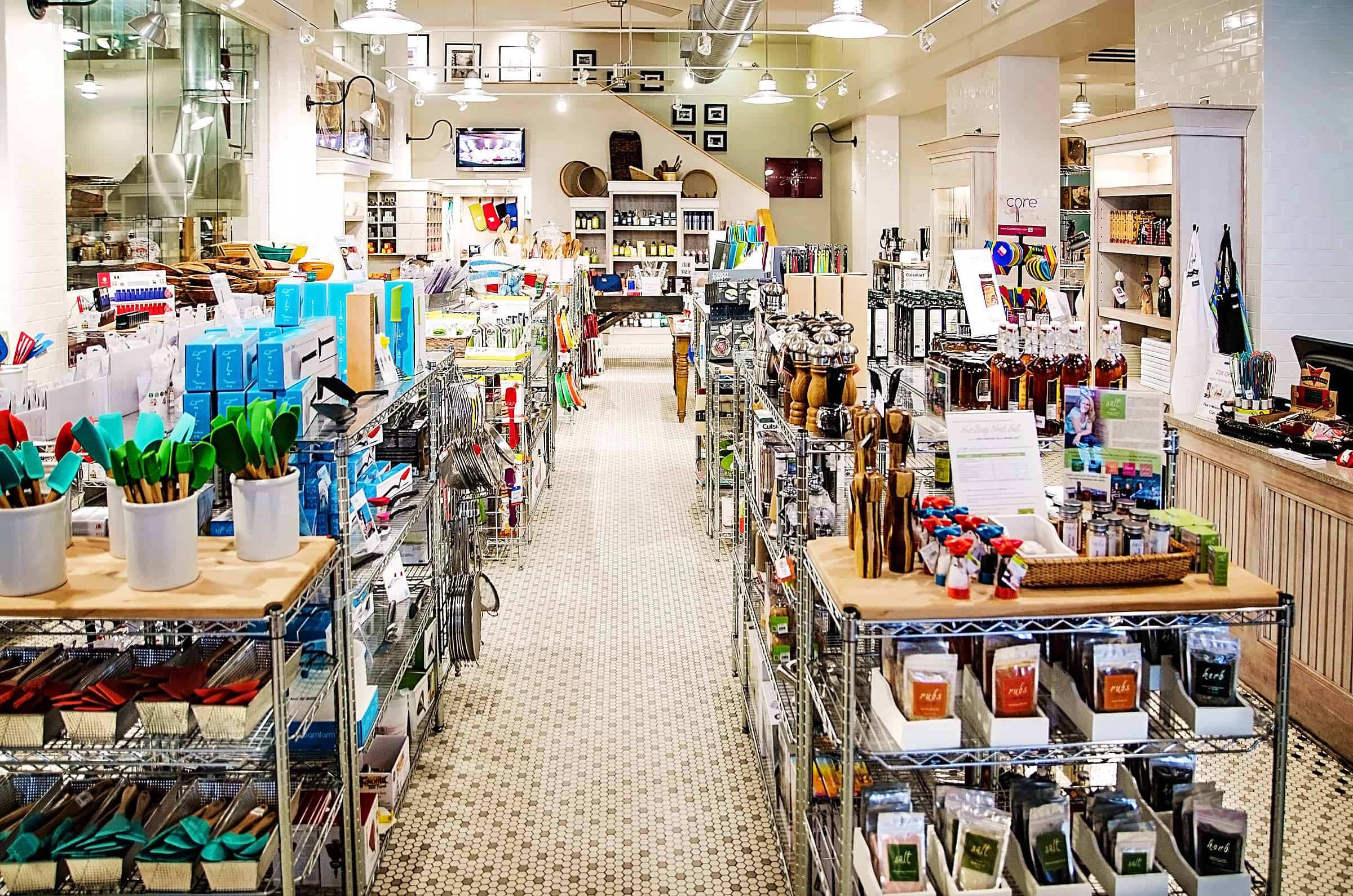 The Viking Range retail store in Greenwood, Mississippi offers a wide variety of kitchenware, along with cooking classes. (Photo by Carmen K. Sisson/TumbleweedSOUTH)

But don’t eat too much. Save room for Delta Bistro and its bread and butter pudding, served warm and drenched in caramel sauce. Heaven on a plate and worth the drive from anywhere. (Update: They appear to have moved and merged with another restaurant, Serio’s, but may still serve this item.) 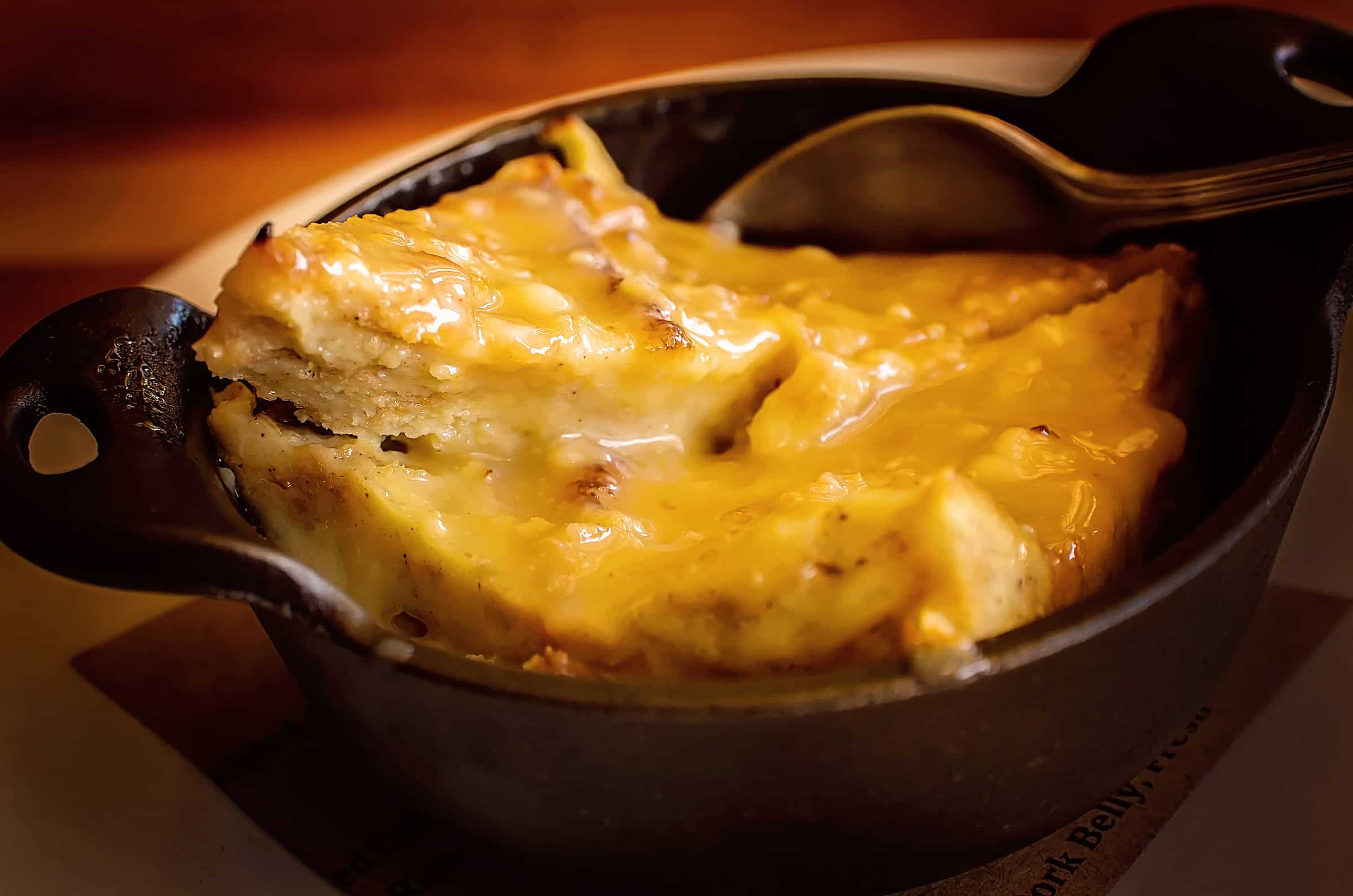 Bread and butter pudding, drenched in caramel sauce, is prepared in a cast iron server and brought to the table piping hot at Delta Bistro in Greenwood, Mississippi. (Photo by Carmen K. Sisson/TumbleweedSOUTH)

Also on Howard Street, visit the gorgeous TurnRow Book Company and stuffed-to-the-gills Mississippi Gift Company. Both are locally owned and operated, with upstairs galleries chock full of work from Mississippi artists. If you’re a bibliophile, definitely visit TurnRow. It’s a must if you enjoy Southern literature. You’ll also gain karma points by supporting an independent bookseller, and you can score nice first editions by some of the best authors in the region. 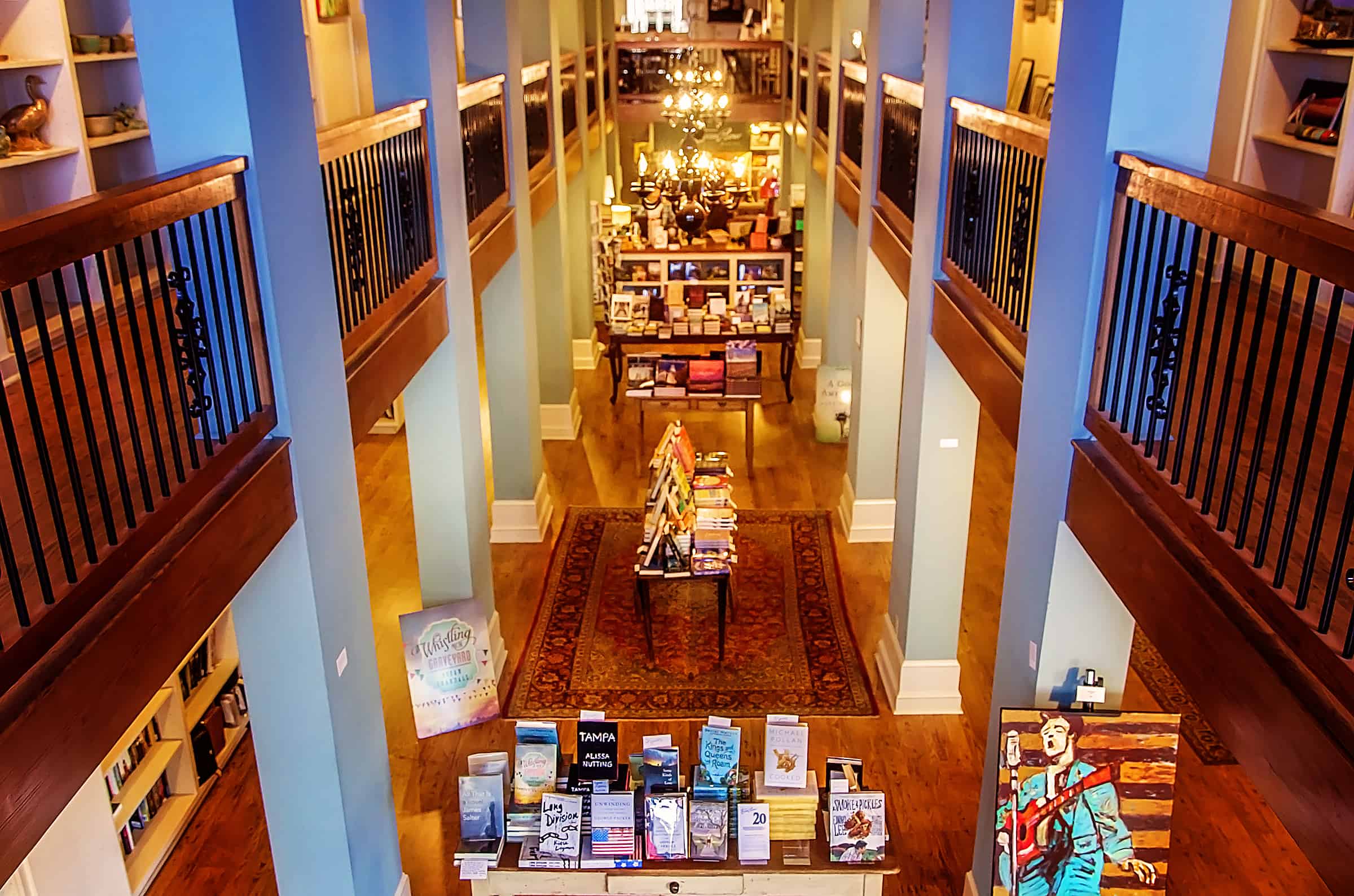 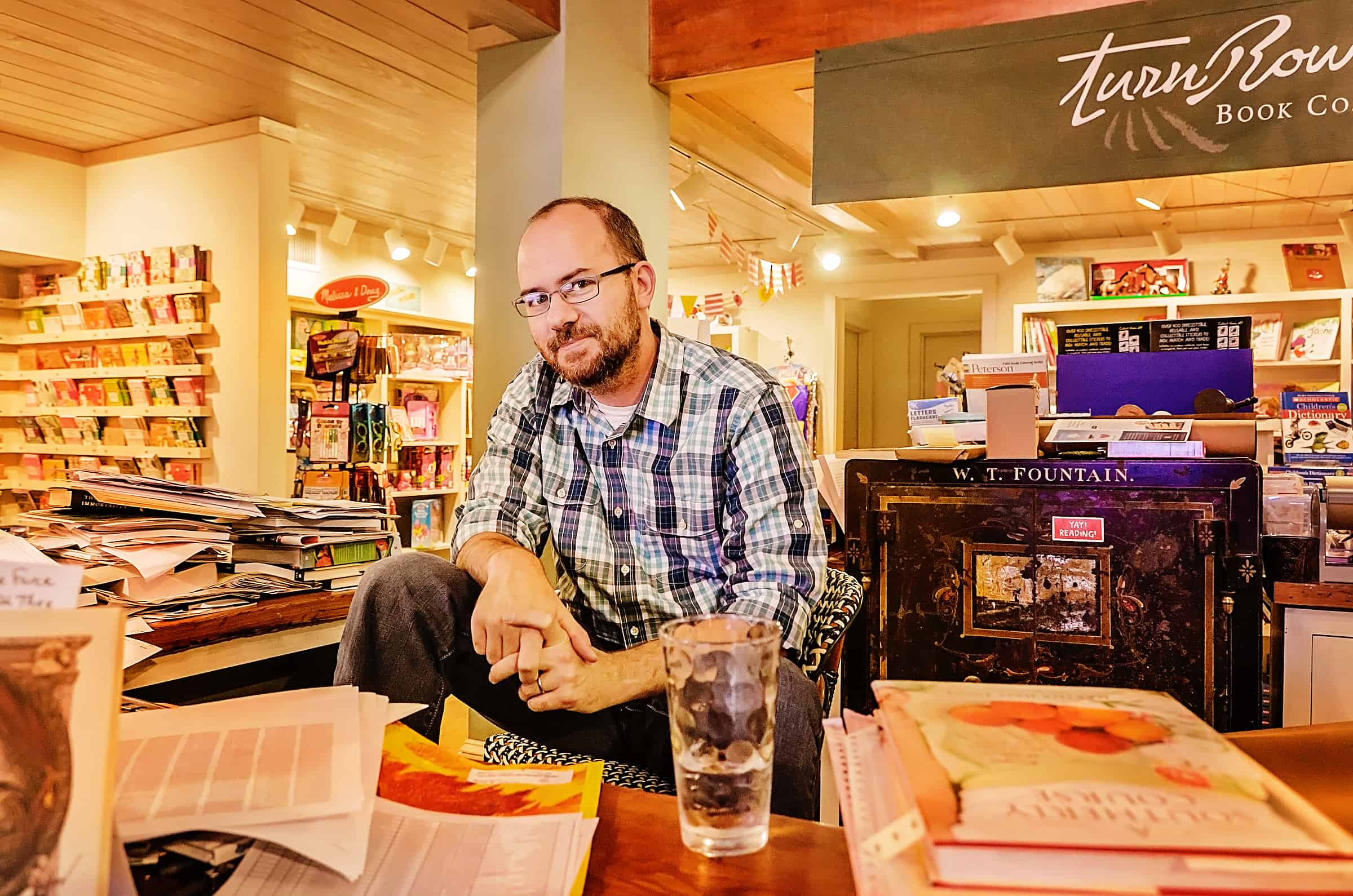 Another option is the 14,0000-square foot Museum of the Mississippi Delta, where you can see an authentic Civil War cannon, purportedly one of only two in the nation still operable today, and a 38-foot dug-out canoe, used by moonshiners to transport hooch from a nearby island into town. (If you’re more into art than literature, you might take a trip to Meridian, Mississippi.)

For supper, I’ve heard rave reviews about the porterhouse steak at Giardina’s at the Alluvian and the broiled pompano at Lusco’s, but word to the wise: Attire is dressy at Giardina’s, and dinner for two can easily top $100. (Which is why I didn’t eat there.)

After Saturday’s whirlwind tour of Greenwood, you’ll probably want to sleep in. But before you leave, have lunch at Crystal Grill, which serves up Southern charm and excellent sweet tea. The restaurant is known for its breaded cutlet and brown gravy, but the candied yams are a big hit as well. Even if you don’t like vegetables, try the yams. They really do go down like candy. 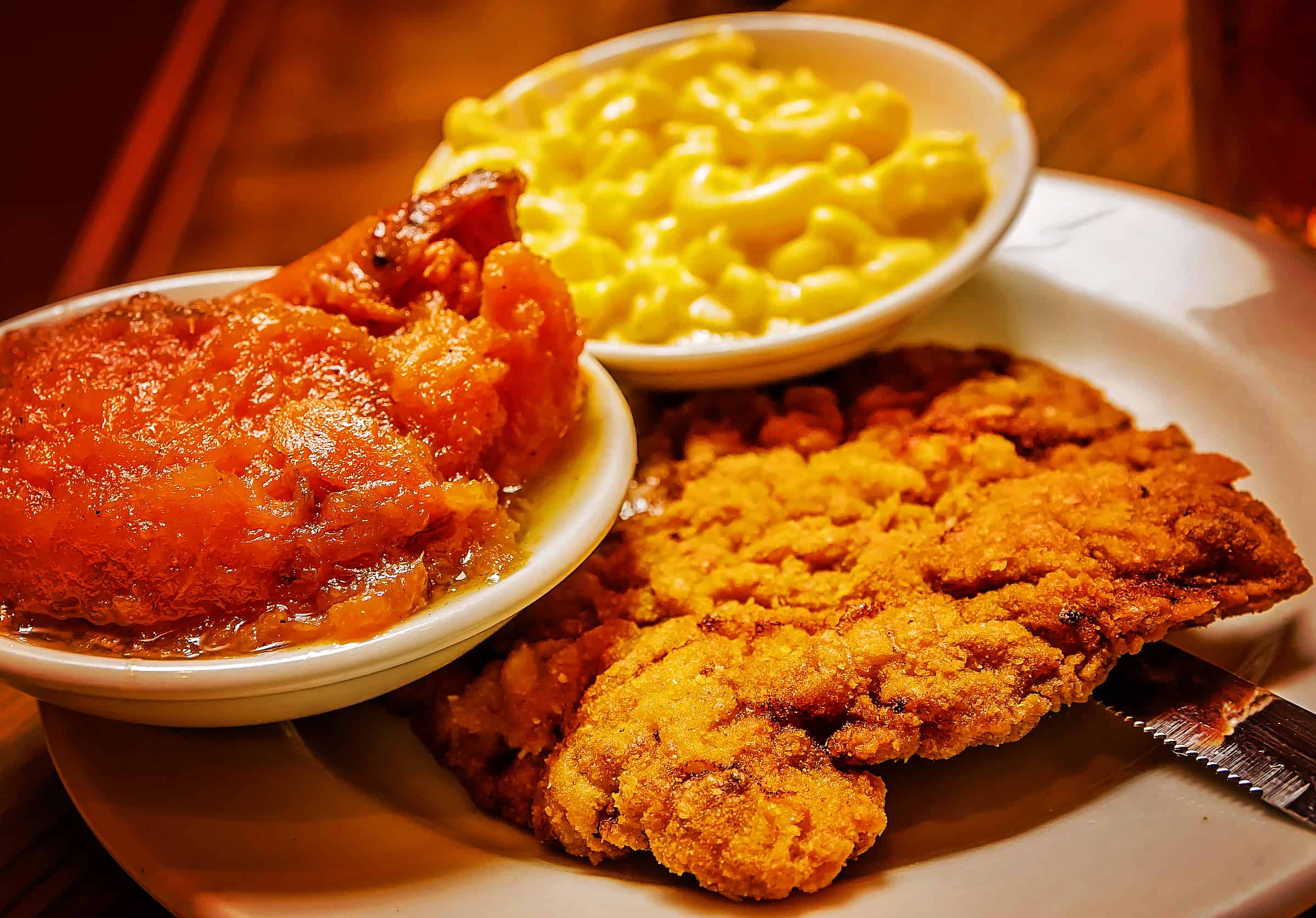 The Crystal Grill in Greenwood, Mississippi is known for its breaded cutlet, shown here with candied yams and macaroni and cheese. (Photo by Carmen K. Sisson/TumbleweedSOUTH)

Now here’s the catch: If you visit Crystal Grill on Sunday, you can’t get their famous, made-from-scratch, mile-high chocolate or coconut meringue pies. Those are only served Tuesdays through Thursdays and are included with the price of your meal at night.

But you can still get the lemon icebox pie, which has just the right amount of tartness and creaminess to make it memorable. 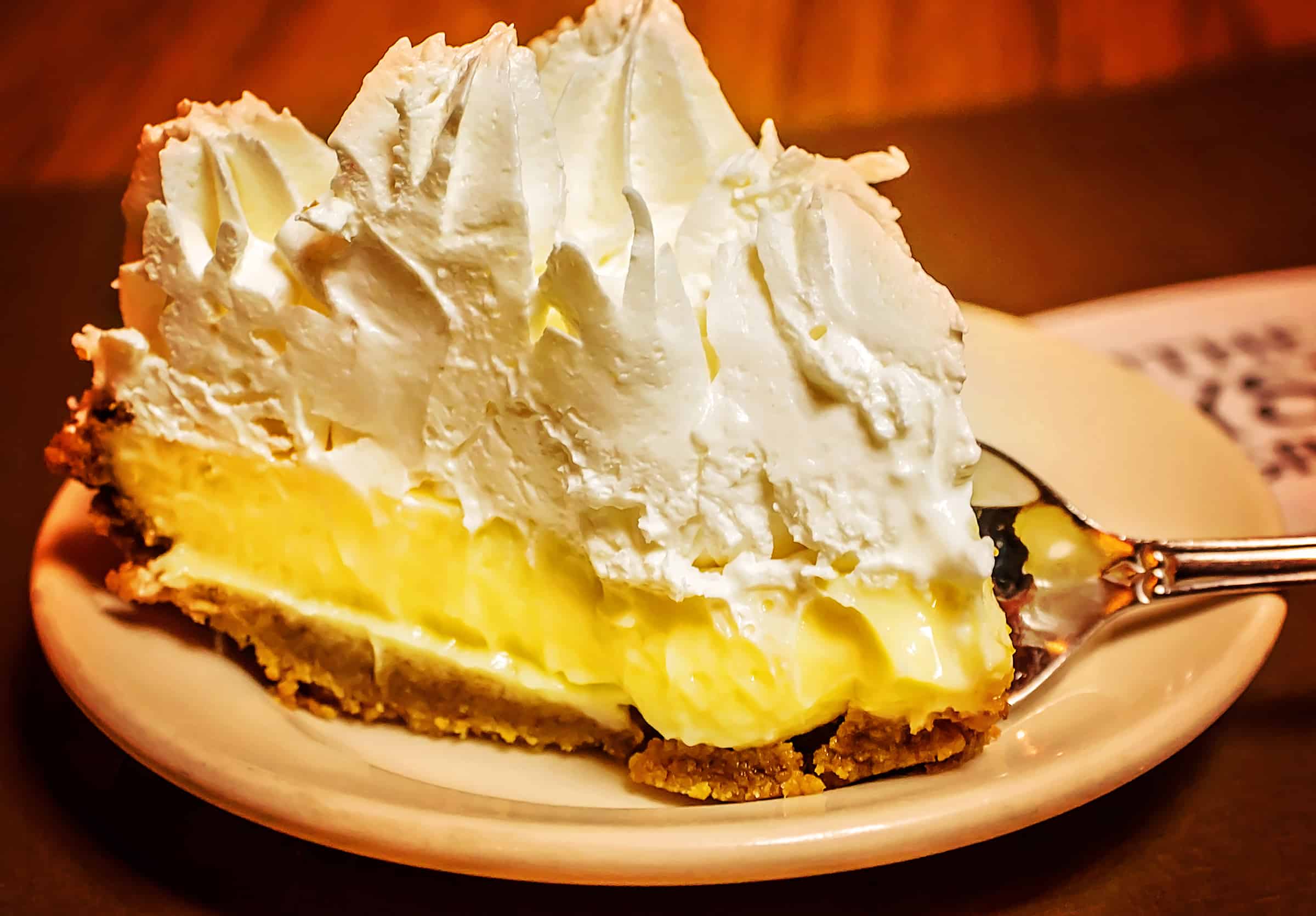 Lemon icebox pie is one of the specialties at Crystal Grill in Greenwood, Mississippi. (Photo by Carmen K. Sisson/TumbleweedSOUTH)

If you made arrangements in advance, you may be able to end your trip with a swamp tour via pontoon boat at Tallahatchie Flats, or craft your own driving tour to suit the fancy of any film, music, art or history buff.

Whatever your plans, you won’t get to everything, because once you arrive, time stops.

It’s those big Mississippi skies, with towering cumulous clouds drifting over freshly-tilled soil, and that big Mississippi sun rising and sinking and rising again. It’s being wrapped in the songs of the bullfrogs and cicadas and childhood summer memories of catching lightning bugs and snitching scuppernongs from the neighbor’s fence. It’s the feeling of living close to the land, drinking in the spiritual energy of this storied place.

But mostly, there’s just something about Greenwood that’s so … Delta. Once you go, you’ll understand. 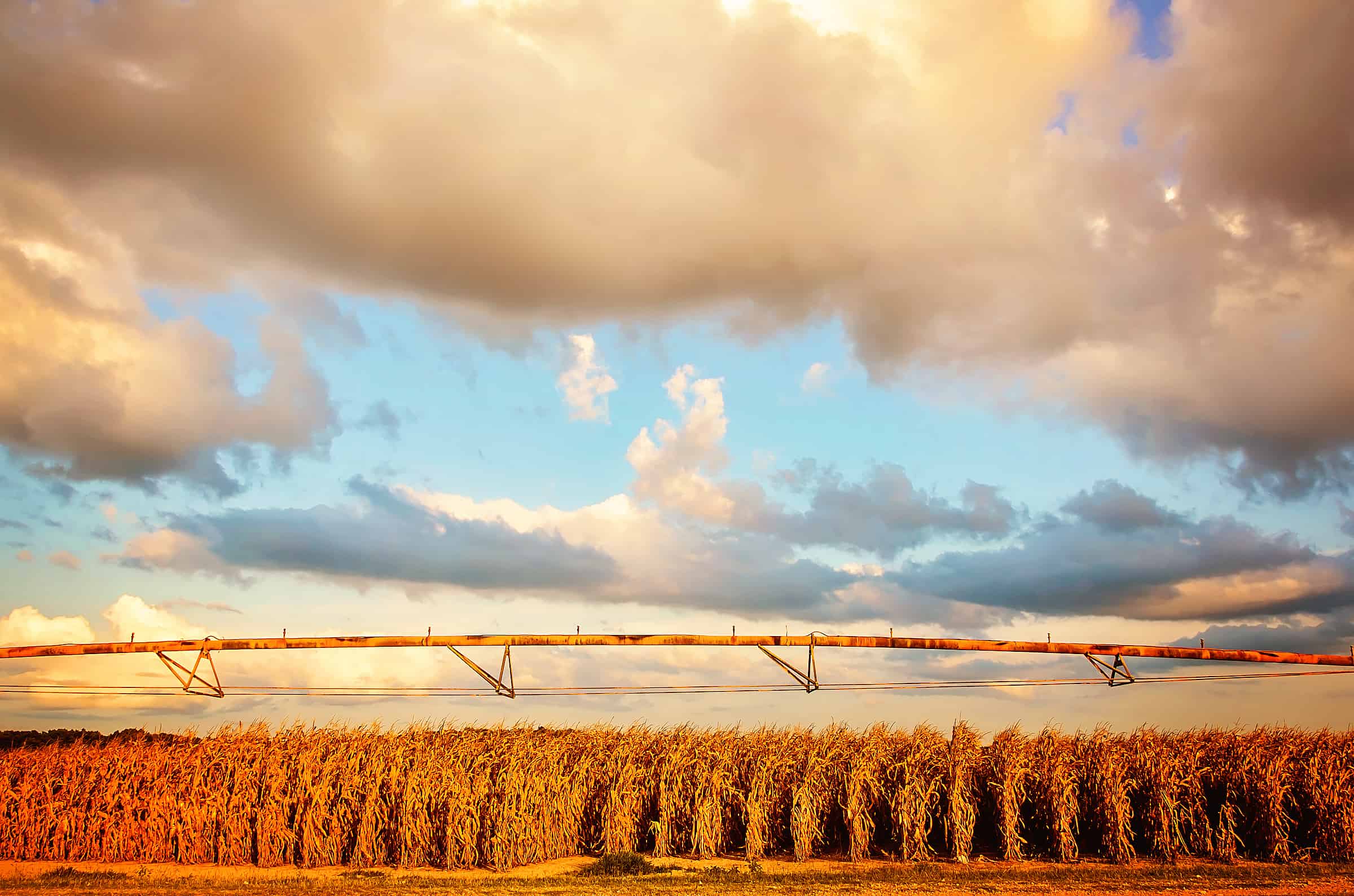 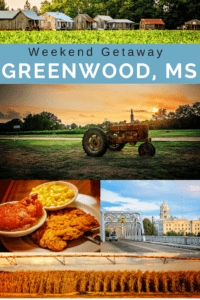 Pin
Tweet
Share
« TSA has a sense of humor and his name is Bob
Hotel Review: Comfort Suites Airport in Nashville »